From June 17-21 an intrepid team of Geneskool volunteers ventured to the farthest reaches of the province. Over the course of that week the group visited 59 students in four distinct communities:

Robin van der Lee, a first-time volunteer with the program and postdoctoral researcher at BC Children’s Hospital had two reasons for accepting the challenge. Firstly, still feeling new to Canada, Robin had a hankering to see the true heart of British Columbia’s north. Secondly, he couldn’t resist the opportunity to connect and share his love of science with the students.

Following a spectacular flight over glaciers and into Terrace, Robin and the crew picked up their rental car. Thankfully they were fitted out with a pickup truck as the roads were often unpaved and they covered some rough terrain on their visits. 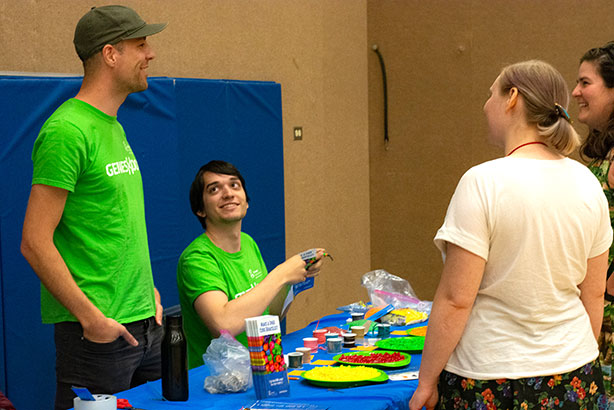 Their first visit was to Gitlaxt’aamiks, passing beautiful lava beds in the Nass valley along the way. The accommodation happened to be hosted by a Nisga’a elder and they were fortunate enough to get local knowledge from her. Traveling between these remote communities, the scenery kept changing and the Geneskool team got to see impressive mountains, glaciers, fjords, forest, and midnight sunsets over the Northern lakes.

The Geneskool team traveled over 1,300 kilometres, including a 50km section on a gravel road where they didn’t see a single other person or car. By the end of the trip, they had seen over a dozen bears, a moose, marmots, dozens of birds and more forest and sky than Robin had ever known. 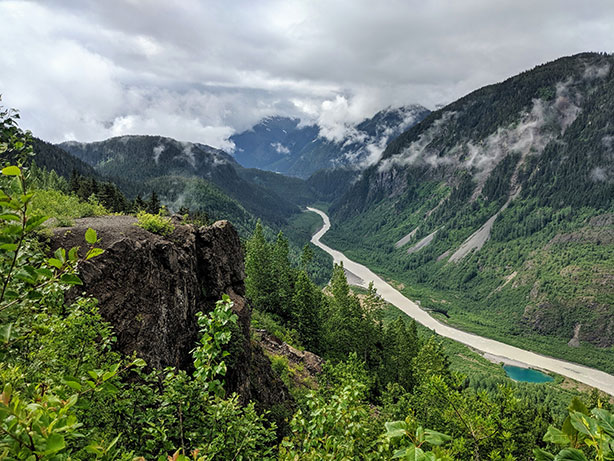 These remarkable students, over 90% of whom are Indigenous, were eager to learn and participated with curiosity in the workshops. In addition, a Community Science Celebration was hosted in the Dease Lake School gymnasium together with a team from Science World, attracting much of the community, students and parents alike. For Robin, his biggest highlight was the honour of connecting with and being embraced by these Indigenous communities, learning about their history and being able to teach ‘cool science’ to the next generation. As excited as the students were to meet the Geneskool team, Robin is sure that the experience was just as wonderful from their end.