What my genome revealed about my individual personal drug sensitivities.

Today, the blueprint of life encrypted in our DNA can be deciphered at a speed and a cost unimaginable just ten years ago. In fact, lllumina announced this past January that their latest technology is a ‘new and scalable sequencing architecture expected one day to enable a $100 genome’. These advances are helping make genomics much more affordable and accessible. Likewise, societal attitudes toward genomics in clinical care are shifting. We are no longer asking ‘if’ genomics should be integrated with clinical care. Instead we are asking ‘when’ and ‘how’ genomics can be applied to benefit as many people as possible. We are also asking who holds the information: more often than not, it is the individual.

Many of us are in a position to become empowered and learn about our own blueprint and find out what makes us unique: is it an inability to metabolize a particular medication or a predisposition to heart disease? Information is power and given that the next generation will be literate and well-educated about genomics, they stand to be much more engaged in their healthcare.

As a physician and the Chief Scientific Officer at Genome British Columbia, I am both personally and professionally vested in the application of genomic information to enhance individual health. In 2015 I had the opportunity to have my own full genome sequenced and analysed through Illumina’s Understand Your Genome (UYG) program, and I have also gone through 23andMe’s program. I was curious about what I would learn and how I may change my lifestyle based on that information. I am also still learning with whom to have this conversation once armed with this information.

There are many benefits to gaining a perspective on your personal and unique genetic information, details about personal health of course being the primary reason; other motivations include ancestry, paternity and forensics. The more people who undertake personal genome sequencing, and allow their information to be (anonymously) pooled into a larger dataset, means that there will be more clarity gained about certain conditions. Bigger datasets enable deeper comparative data and will allow for population genomics to be applied more often and more effectively. In several Asian countries people are starting to carry a much more sophisticated type of medic-alert bracelet: they have their genetic information and related drug interactions on a microchip which can be linked to the medical system upon a healthcare emergency.

We know that the use of medication in modern medicine has revolutionized healthcare and made a significant impact on patient longevity and quality of life.

We know that the use of medication in modern medicine has revolutionized healthcare and made a significant impact on patient longevity and quality of life. But we know that many medications can also cause unintended side effects, known as adverse drug reactions (ADRs). What is now getting much clearer is what role genes and genetics play. The discipline of pharmacogenomics, identifying genes that predispose people to serious side effects of medications or that alter the way your body will respond to drugs, is being applied to improve the safety and efficacy of many therapeutics and treatments. In an effort to increase access to pharmacogenomics and move beyond urban centres, an ongoing research study in British Columbia, Canada is poised to enable widespread collection of DNA samples and reporting back to the patient through their local pharmacy. The pharmacists will offer patients the opportunity to provide their genetic information to guide therapeutic dosing decisions and minimize the incidences of ADRs. The hope is that this will save on unnecessary hospitalizations and increase treatment efficacy.

Over 200,000 severe ADRs, costing upwards of $14 billion, place a significant burden on the Canadian healthcare system annually. And according to the Canadian Institute for Health Information (CIHI) people over the age of 65 are five times as likely to be hospitalized due to an adverse drug reaction. The CIHI report also noted that some studies attribute up to 25% of all hospital and emergency room admissions to medication-related illnesses. These numbers, however, don’t account for costly and inefficient prescribing- people who simply aren’t metabolizing or benefiting from a drug therapy. Inefficient/Ineffective prescribing may not lead to severe ADRs, but patients are certainly not benefitting and scarce money is being wasted. Pharmacogenomics will also help to determine if a patient will effectively respond to a specific drug therapy.

Blood thinners can be a cause of adverse drug reactions severe enough to require hospitalization, depending on an individual’s genetic makeup. Reactions to blood thinners occur in 12.6% of cases and opioids also have a high rate of causing ADRs when prescribed to people on other medications: one study put the level of ADRs from drug-drug interaction at 27%1. Through the sequencing of my own genome I learned that I am a slow metabolizer of Warfarin, a blood thinner used to treat blood clots, stroke and heart conditions. If I need a blood thinner I need to be highly cautious about the treatment and the dose that I receive.

5-Flourouracil (5-FU) is a drug commonly prescribed to treat colon and breast cancer patients. However, there is a particular genetic variant that makes some individuals metabolize this drug much slower than normal which could lead to severe adverse effects or possibly have fatal side-effects from the very treatment meant to save them. Based on my genetic information, I know that I can effectively metabolize 5-FU, but most people don’t know if they can metabolize it well or poorly.

I also know that I have a genetic variant that enables me to metabolize certain drugs and am thus unlikely to suffer from toxic epidermal necrolysis (TEN). TEN is a potentially life-threatening dermatologic disorder characterized by some, or all, of these: burning eyes, blistering skin that can peel off, gastrointestinal hemorrhage, respiratory failure and sepsis, all of which leads to a severely compromised life if not fatal. TEN is most commonly drug-induced and can be triggered by something as innocuous as antibiotics or anti-inflammatory drugs depending on an individual’s genome. Some countries are already taking advantage of new research and cheaper DNA sequencing. In Taiwan, 8% of the population carries a gene variant that can trigger TEN when they take certain drugs. Genes that trigger TEN are also common among Southeast Asians and Indians. Over the last decade, doctors in Taiwan, Thailand and Singapore have begun routinely testing patients for these gene variants before prescribing specific drugs that are known to cause TEN in those countries.

There is no question that ADRs are a major healthcare concern and pharmacogenomics has the potential to make significant advancements to prevent them. I passionately believe that it is time for individuals to become informed and engaged about their personal genetic profile in order to improve, and protect, their health. There are an increasing number of options to learn about your own genome so get informed, get empowered and make a difference in your own healthcare. Your engagement in this process will benefit others and shine a light on the need to implement pharmacogenomics into the routine clinical care. 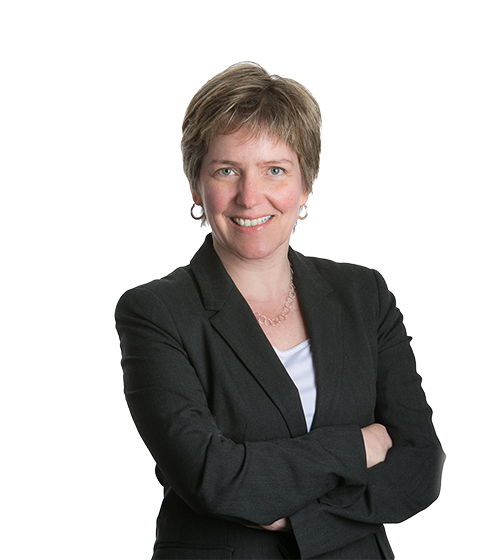 Dr. Catalina Lopez-Correa is Genome BC’s Chief Scientific Officer and VP Sectors. Her deep understanding of genomics has inspired leaders in science and industry to collaborate toward solving some of the world’s greatest challenges. Catalina holds a Medical degree from the UPB in Colombia, a Master’s degree in Human Genetics from Paris V University in France, a PhD in Medical Sciences from the KULeuven in Belgium, and a mini MBA from McGill University in Canada.