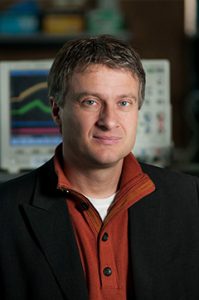 In 2002, a Technology Development platform funded by Genome BC and Genome Canada was created in BC to provide engineering support to the local life sciences research community along with world-class prototyping facilities and resources for advancing innovative biomedical devices towards commercialization.

One of the major successes of Genome BC’s Technology Development platform is Boreal Genomics, a spin-off company started in 2007 by co-director and UBC researcher Dr. Andre Marziali and colleagues. In 2004 Dr. Marziali co-invented a patented technology to purify nucleic acids. This technology formed the basis of Boreal to further commercialize high-performance instruments for DNA and RNA purification.

The company’s newest product, the Boreal OnTarget™ platform, allows researchers to detect up to 100 mutations across multiple genes in parallel and sequence both known rare somatic mutations, enabling non-invasive monitoring of cancer and improving the effectiveness of personalized treatments. The OnTarget platform enables multiple detection of these mutations from circulating tumour DNA in plasma.

The initial commercial application for the OnTarget system is for colorectal cancer surveillance but Boreal has also developed applications in detection of pancreatic, ovarian and lung cancers. The market for colorectal monitoring in North America is over two million tests annually, with similar population based numbers seen internationally. Factor in other cancers to the screening panel and the numbers are significant. The brilliance of the technology, however, is its potential to detect all cancers at even the earliest stages, and all with a simple blood test.

With a recent $18 million (USD) injection from a Series C financing round, Boreal has the ability to improve cancer patient care through blood-based tests for non-invasive tumour profiling. It aims to further develop its cancer-detection platform from post-surgical surveillance for circulating cancer DNA into a screening tool that can be applied across entire populations, 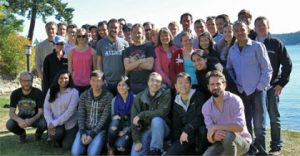 eventually hoping to decrease the global incidence of late-stage tumours. With clinical applications underway and cancer detection data on the verge of publication this technology is quickly becoming the “holy grail” of cancer treatment.

The recent round of funding will also be used to expand the company’s commercial operations in the translational research market and launch clinical applications for non-invasive genomic profiling and monitoring of cancer.

The company now employs more than 40 people in offices in Vancouver and California. More info about Boreal can be found on their website: www.borealgenomics.com