An amazing thing about bacteria is they are capable of “eating” or neutralising contaminants in harmful wastewater from mining — a process known as bioremediation. Bioremediation is cheaper and more eco-friendly than conventional chemical treatment methods to clean the water. However, the effectiveness of bioremediation has been unreliable to date, since the processes promoting microbial “digestion” of waste material were unknown. What environmental conditions are best for the right microbial communities to grow? How do we speed up the process, or make it work more predictably?

Through the use of genomics, scientists are opening up this “black box” of bioremediation processes. Professor Susan Baldwin, from the Department of Chemical and Biological Engineering at the University of British Columbia, has previously used genomics to monitor seasonal changes in microbial communities at a BC bioremediation mine site. “It’s opened up the black box and we can actually see what’s happening inside these systems,” she said in a recent interview.

Initially, there was skepticism about adopting genomics to enhance bioremediation. Baldwin mentioned that ten years ago little to no one was using it. However, ten years later the attitude towards genomics has changed for mining companies. “It has really taken off because of the value that it gives,” Baldwin said. “Almost everyone who is running any kind of biological treatment system – now they want it. They need people to help them with it. They see the value that it gives them.” In addition, genomics can also be used to monitor water quality, which can reassure worried local communities that mining companies are being socially responsible.

However, full scale effective bioremediation is a long way off as there is still much unknown about the complicated microbial communities, their interaction with one another and the environment. Baldwin described it as a “work in progress.” For example, some microbes are new or not previously cultured in the lab. Baldwin also mentioned the computational challenges involved in understanding the variety of bacteria observed and the need to establish more sophisticated algorithms to look for relationships between all the variables. So there is still a lot of fundamental work to be done sequencing these organisms and understanding how they function before bioremediation can be widely implemented.

The lack of field tools that can provide rapid genomic information is also a barrier to bioremediation. Workers in remote mining sites need genomic information within hours – or even minutes – rather than days or months, so that they can solve any issues immediately. Baldwin observed, “At the moment we take samples and the DNA extraction and genomics happens in a lab – that’s too long of a time delay. We need to know right away.” However, recently available sequencing devices, such as the handheld sequencer released in 2015 by Oxford Nanopore may change that soon. The portable sequencer, called MinION, can be packed into luggage and brought into the field, enabling a rapid on site diagnosis.

The hope is that in the future, mines can be closed quickly after the end of operations when the mineral resources at the working mine are exhausted. By closing the site swiftly, the natural environment surrounding the mine can be restored. Right now, for many mines, such natural restoration is often not possible. “What we hope to do with bioremediation is to enable mining companies to do this [environmental restoration] in the future, so we can bring the natural ecosystems back to those mine sites quickly and effectively,” Baldwin said. “And it is possible if we work hard at it.” 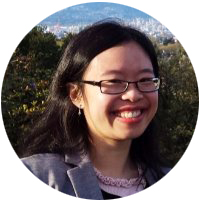 Dr. Jenny Chik is a freelance medical and science writer currently based in Vancouver, Canada. Before transitioning into science writing, she completed her PhD in biochemistry in Australia, followed by a postdoc at the University of British Columbia. She is also a member of the American Medical Writers Association.  https://www.linkedin.com/in/jennyhlchik/