The technology of the century

Ten years old is a momentous occasion, whether you’re a little human about to dive face first into a freshly frosted, homemade birthday cake or groundbreaking scientific technology. Both still possess untapped potential at this age. The same can be said of CRISPR–a low-cost, efficient and precise gene-editing tool derived from the immune defence systems found in single-celled microscopic organisms such as bacteria.

What does CRISPR mean, and why does it matter?
CRISPR (pronounced as kris-per) are clusters of repeated short palindromic (that is, it reads the same forward as it does backwards – like the word racecar) DNA sequences, with unique sequences interspaced between the palindromic repeats. Hence, its full descriptive name: Clustered Regularly Interspaced Short Palindromic Repeats.

These organisms were first discovered in 1987, by a Japanese scientist, Yoshizumi Ishino, and his team. Later it was found some single-celled micro-organisms’ adaptive immune defence system against invaders such as viruses. These DNA sequences proved to be an essential ingredient for editing the genetic sequence of the invaders; they recognize the invader DNA and guide special proteins, called Cas proteins, to slice and dice up DNA.

Inspired by nature, Dr. Jennifer Doudna and Emmanuelle Charpentier developed the 2020 Nobel-prize award-winning gene editing and gene silencing technology by the same name. CRISPR technology—now adapted to work in multicellular organisms such as humans, plants and insects—has revolutionized gene therapy for diseases beyond our expectations. It could also provide solutions for tackling global challenges, such as climate change and globalization.

Standing on the shoulders of years of foundational research
By the time Dr. Doudna and Dr. Charpentier published on the CRISPR technology in 2012, the biological significance of the CRISPR immune system in single cellular organisms and its other vital molecular players (such as the accompanying Cas9 protein that cuts invader’s DNA) were already well known. Up to this point, however, there were no proposed applications of this system towards the general gene editing and gene silencing we associate with it today.

Doudna and Charpentier made a leap by transforming a system found only in some single-celled organisms into a technology that would later be used to edit almost any genetic target in complex, multicellular systems such as in humans and plants. They found designing genetic components, called guide RNA, they could mimic the natural CRISPR system in the presence of the Cas9 proteins. Their design for the guide RNA allowed the CRISPR technology to target any DNA sequence of interest efficiently. With its efficiency, versatility, precision and low cost, the technology has been well recognized as the key biotech innovation of the century.

Global food security and climate change
CRISPR is a simple yet powerful tool for editing genomes. CRISPR technology has been focused on treating human genetic diseases, however, the technology also has applications in agriculture and forestry. Climate change and globalization have increased the spread of infectious diseases among plants.

Late blight is currently the most devastating disease in potatoes and tomatoes in British Columbia and across Canada. As food systems become more threatened by the effects of climate change, recent initiatives such as the Genome Canada Climate-Smart Agriculture and Food Systems Solutions seek to catalyze the application, development and improvement of genomics to strengthen Canada’s food production systems.

CRISPR has been used for the precision development of safe, disease-resistant versions of agriculturally important plants, such as rice, wheat, maize and tomatoes. While the use of CRISPR against plant infection is mainly concentrated in agriculture, the impact of organisms that cause disease in trees should not be understated.

This is especially true in a country like Canada, where about 35% of its landscape is covered in forests; this accounts for 9% of the entire world’s forest area and has served as an essential component of the Canadian economy and livelihood. Yet, there is a dearth of studies using the CRISPR/Cas9 technology to tackle forest tree pathogens.

Rather than developing disease-resistant plants, using the CRISPR technology directly on the forest tree pathogens holds more promise. An ongoing study, led by Dr. Richard Hamelin at the University of British Columbia, is focused on developing surveillance tools for early and accurate detection of forest tree pathogens to inform management strategies. This project uses CRISPR technology to select pathogen genes that can be used for detection.

What’s next?
There can be no doubt that CRISPR is a game changer, but as with many advancements and breakthroughs, there is always room to grow and improve—not just in its applications, but in its technical specs. While CRISPR has taken precise gene editing to the next level, further improving its precision is an active research area. There is also a need for more effective delivery systems to direct the CRISPR components to the target cells.

Scientists have explored strategies to enhance the technology, such as CRISPR-based epigenome editing, which targets the mechanism behind how genes are turned on and off, rather than the gene itself. Other researchers are exploring using the CRISPR technology and yet another tool inspired by bacteria’s immune defence system to improve its precision. The CRISPR landscape is full of exciting possibilities and it will be intriguing to look back in another ten years and see how much it has grown. 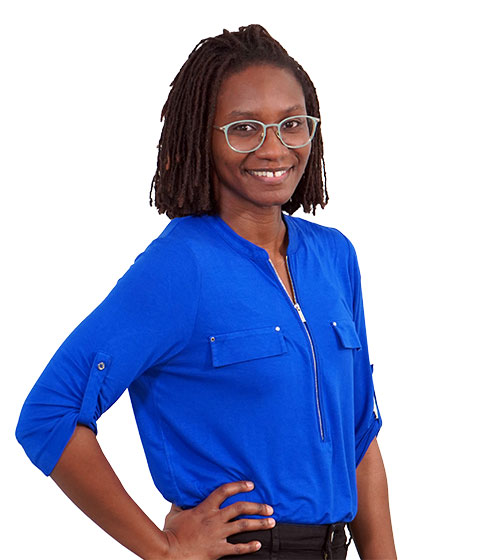