My name is Cynthia Webster, and I am a recent graduate from the University of Connecticut, holding a degree in molecular and cell biology. Prior to leaving campus, I dedicated my time to the Plant Computational Genomics lab as a researcher. In the lab, I was exposed to a variety of bioinformatic techniques, including RNA-Seq, variant calling and genome assembly. This past May, I presented findings from a novel study on leaf development at the Forest Genetics Symposium and took home the Genome BC Award for best student genomics poster. The poster was entitled: “Comparative transcriptomic analysis of juvenile and adult leaf morphologies in conifers”.

The primary objective of our study was to identify genes that may play a role in leaf heteroblasty, or in other words, what part of a plant’s genetic makeup may cause an abrupt structural change between the juvenile and adult life stage. To understand this, a comparative transcriptomic analysis was performed, in which the genetic material of leaves from two species of trees was sequenced and analyzed on a computer with available software. We used Juniperus flaccida (drooping juniper) and Pinus cembroides (pinyon pine), coniferous trees (evergreens) native to Mexico and the Southwestern region of the United States, as our species of interest. Although from two different lineages, the leaves of both trees undergo a noticeable physical change over time. Specifically, J. flaccida leaves appear needle-like at youth and scale-like at maturity, whereas P. cembroides leaves transition from needle-like to brown scale-like (Fig. 1). Using these types of trees was significant because little research had been conducted on heteroblastic development of conifers before. 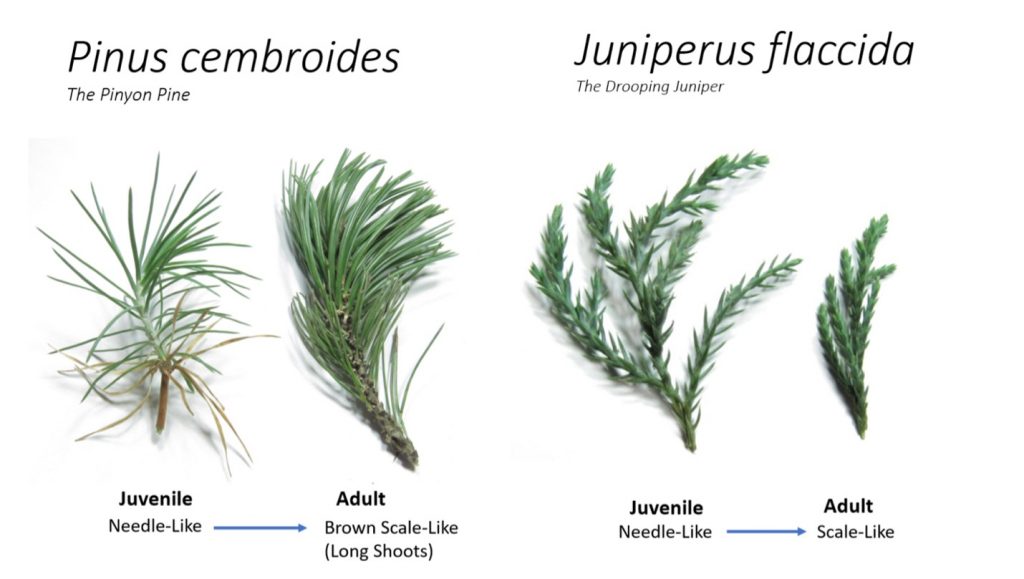 The first half of the project was assembling a transcriptome per each tree using the collected leaf samples. The transcriptome is thought of as a collection of all RNA molecules. RNA plays a valuable role in telling plant cells what function they must complete so that the tree can survive. The second half of the project was performing a differential expression analysis. This would provide insight on what part of the transcriptome, specifically genes, were being actively expressed in each condition (juvenile vs adult).

In order to categorize the differentially expressed genes, a gene network was assembled (Fig. 2). In P. cembroides, most genes were attributed to cell wall, cuticle (waxy layer of leaf) and developmental functionality. More specifically, we detected genes responsible for the creation of cellulose and xyloglucans that make up the cell wall, genes involved in the processing of long fatty acids to produce the waxy layer, and five type II MADS-box genes necessary for development. By comparison, we found J. flaccida genes uniquely grouped by photosynthetic functionality, as gene expression changes were only related to the regulation of photosystem metabolism. Simply put, despite J. flaccida and P. cembroides both exhibiting leaf heteroblastic development, little overlap was found in functionality between both species.

Overall, the transcriptomes obtained enrich the current understanding of genomics in conifers and are useful in future studies of evolutionary genetics. Additionally, given these species have adapted to arid climates in Mexico and the United States, understanding gene expression patterns in both may be informative for future global climate change scenarios. 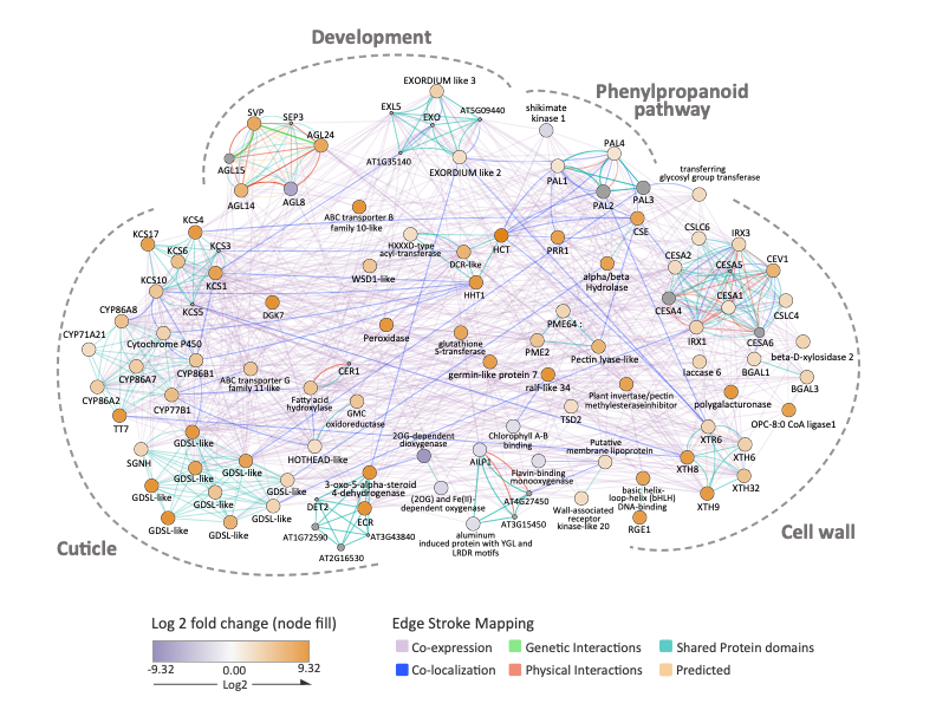 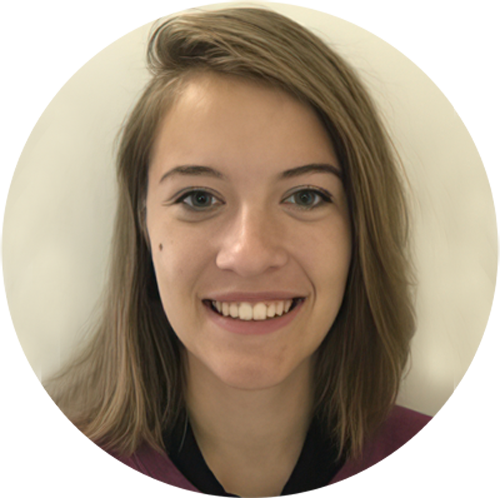 Cynthia Webster is studying molecular and cell biology at the University of Connecticut and is the winner of the 2021 Genome BC Award for Best Student Genomics Poster.