Cannabis research in the Bohlmann lab and beyond

The Bohlmann lab at the Michael Smith Laboratories explores the metabolic processes of plants using a combination of genomic, proteomic, metabolomic, and biochemical approaches. Judith Booth, a 6th year PhD student in the Genome Science and Technology Graduate Program at UBC, and Dr. Jörg Bohlmann, a Professor in the Michael Smith Laboratories, recently published a review on characterization of terpenes in Cannabis sativa and the prospects for this field going forward.

I sat down and interviewed Judith about her research in the Bohlmann lab and Cannabis research in Canada. 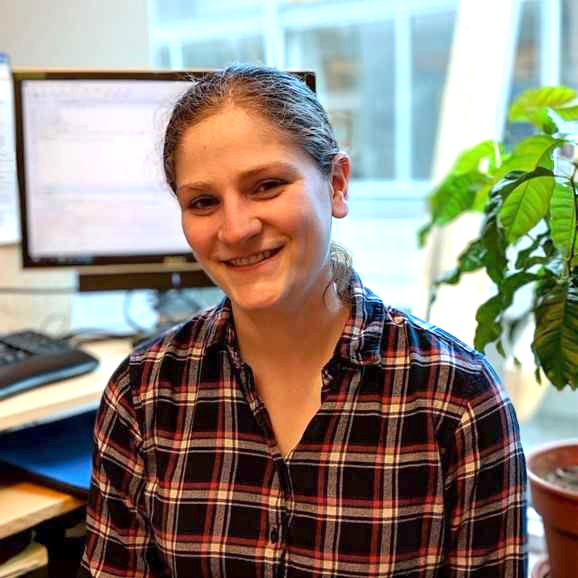 Q: What is your research focused on? And why is that important?

Judith K. Booth: In a nutshell, my work focuses on discovering how Cannabis produces molecules that make it so valuable. These molecules include both the psychoactive cannabinoids, and the aromatic and flavorful carbenes.

Cannabis is a really cool plant because it is used for so many different things. For example, it can be used as a source of fiber, it’s an oil seed, and its roots are used for their medicinal properties. But, the most valuable product of Cannabis is the resin that is produced on the outside of the female flowers. This resin contains cannabinoids, which are only produced by Cannabis.

Q: How did you get interested in terpenes and Cannabis research?

JKB: When I started research, I was more interested in food plants, such as sage, oregano, and basil –plants that taste good. It turns out those compounds that make certain plants taste good are also the same types of compounds that are in Cannabis. So for me it’s always been about food flavors and plant flavors, and how plants make these compounds that are important in plant health, but also happen to taste good to humans or have medicinal benefits.

The part I’m most passionate about is the diversity within Cannabis. Cannabis is generally agreed to be one species, but has many strains with incredible chemical diversity. If you look at the 25 different strains listed on the BC government website, each of those will have its own unique chemical profile. So my big question is, ‘what is different between these strains to account for the differences at the chemical level?’

Q: What approach do you take to researching Cannabis?

JKB: My degree is in genome science so I take a big data approach to Cannabis research where I do a lot of transcriptome sequencing and metabolite profiling. Then, I take both of those data sets, see which parts of the transcriptome and metabolome correlate to identify which genes effect the metabolite profile of the different Cannabis strains. My work is to figure out how the plants make their molecules, which genes are involved, and do they co-occur with terpenes.

Q: What are terpenes?

JKB: Terpenes are light aromatic molecules that smell nice and are an important part of essential oils. Terpenes, as a class of molecules, are enormously diverse with tens of thousands of them found in nature and hundreds of them in Cannabis alone.

Q: Are these terpenes specific to plants?

JKB: Terpenes are mostly known in plants, but there are fungi that also produce terpenes. However, terpenes in fungi are quite different from plant terpenes. There are also a small number of terpenes found in bacteria, but their presence in plants have expanded much more than in any other kingdom of life.

Q: What outcome do you see for your research? Are you looking from a medical, agricultural or basic research perspective?

Q: So that has consumer implications for people looking to buy and use Cannabis?

JKB: Yes, completely. As a consumer, how do you know what you are buying? There’s so much diversity which makes room for producers to be able to market a product without putting proof behind the claims of the effect of using that product. At the moment, we can’t breed for a specific chemical profile or make claims that certain strains produce specific terpenes, these sorts of claims are not yet founded in scientific research. There needs to be much more research done before we can make those claims.

Q: In your review, you talk about how Canada would be in a good position to take the lead in Cannabis research. How do you see that moving forward?

JKB: There are a lot of researchers in Canada doing some really great work, our group is one of them. The Canadian government and individual universities have not yet capitalized on the enormous opportunity that Cannabis legalization has given Canadian scientists to lead the world in Cannabis research. At the moment, there has been an increase in interest in Cannabis research that has not been matched by funding being made available for Cannabis research. Private companies on the other hand have taken the opportunity, but their research is not going to be made public.

Q: How was it working with Cannabis before and after legalization?

JKB: Initially, we started out with an industry partner, Anandia Labs, which was founded by Dr. Jonathan Page, the scientist behind the original Cannabis genome project. At that point, they didn’t have a marijuana production license so we used Hemp, which is still Cannabis but not the drug-type. So we had a small room licensed within a room in the old Biological Sciences building that has since been torn down. We were allowed to grow a few plants in the small room, but we couldn’t remove material from that room or grow as many plants as we needed. When the research was complete, we destroyed the plants in a very controlled manner.

As Anandia Labs grew as a company, they were approved for growing more drug-type Cannabis strains. They gave us access to these plants so we had a wider array of genotypes to work with, but, we were still restricted with only being able to work with the plants in the small licensed room unless we fully denatured them first.

I actually finished most of my experimental work before Cannabis was legalized. There is now a type of research license Cannabis researchers can apply for and allows researchers to grow cannabis in the lab for research purposes.

Q: Where do you see the future of Cannabis research in Canada?

JKB: It’s going to be big. We have an incredible opportunity to be world leaders in Cannabis research. We’re a little slow off the block, but we’re going to see some really interesting research coming out of Canada in the next few years. There are so many tools developed for researching other plants that can be applied to Cannabis. Private companies are already there, we just need research institutes and funding to catch up.

Judith’s work in the Bohlmann lab was supported by funding from Genome BC and NSERC.

To learn more about the research in the Bohlmann lab, please visit bohlmannlab.msl.ubc.ca.

This article originally appeared on the on the MSL website and is re-posted here with permission. 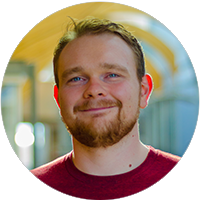 Dr. Jonathon Briggs is a Postdoctoral Fellow in the Brumer lab at Michael Smith Laboratories, University of British Columbia