Vancouver, BC — Ponderosa pine (Pinus ponderosa), known as western yellow pine (Py), is a dominant tree species in hot, dry environments like the southern interior of British Columbia (BC) and south of the border into Washington state. It is also highly desirable and commercially important as a building material for homes, furniture and more. Py is also highly valued by Indigenous peoples, who use it for several applications, including canoe construction. 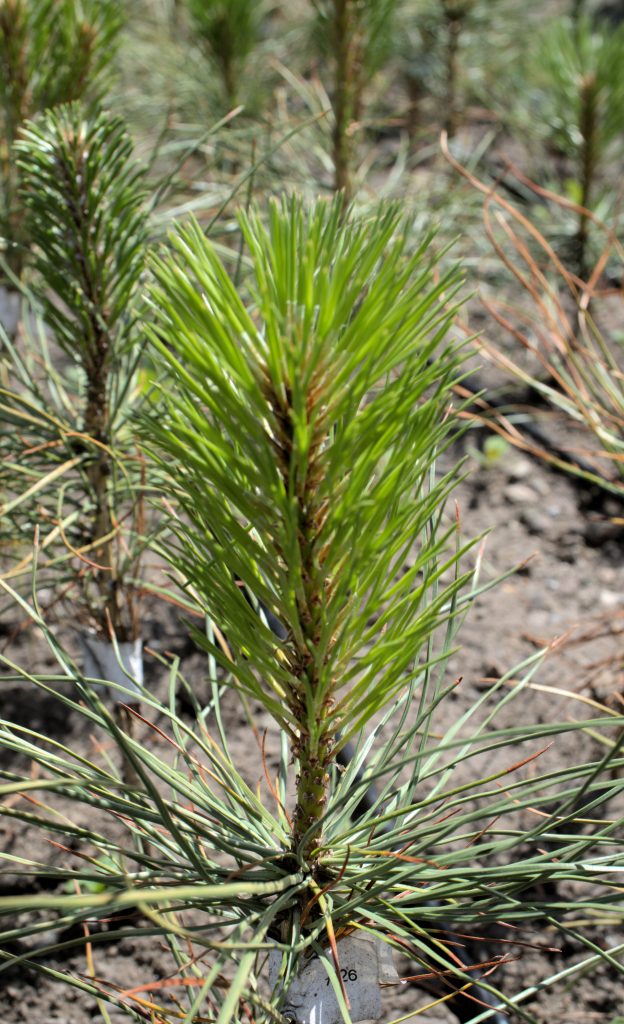 Currently Py occupies the hottest and driest forest habitat in our province and survives in a climate with minimal rainfall. As climate change proceeds, the climate niche of Py is projected to undergo major northward expansion by 2050, thus increasing the economic value of Py.

To capture this opportunity, the BC Ministry for Forest Land Natural Resources Operations and Rural Development (FLNRORD) is enhancing efforts for Py seedling plantation by establishing a new breeding program at Kalamalka Forestry Centre near Vernon to meet the projected increases in Py seed demand.

Genome British Columbia (Genome BC) is investing in a proactive research project to support the breeding program – to maintain and improve physiological adaptation of Py. The work will look at the current distribution and the challenges of warmer temperatures, earlier snowmelt and more frequent late summer droughts, all of which could lead to increased failure rate of plantations. Dr. Marie Vance from FLNRORD and Professor Jim Mattsson of Simon Fraser University (SFU) will collaborate to develop tools for genomic selection in the Py breeding program.

“Understanding the genetic basis of drought tolerance in ponderosa pine will allow us to select the best populations and families for reforestation under increasingly stressful environmental conditions,” says Dr. Vance, a Research Scientist at FLNRORD.

Using novel genomic methods, they will identify genes and gene variants that increase survival and enhance growth in a drier and warmer climate. These genomic tools will help jumpstart the breeding program for Py, which is an important part of BC’s climate change adaptation strategy.

“This investment will enable major advances in the future of BC’s forestry sector,” says Dr. Federica Di Palma, Chief Scientific Officer and Vice President, Sectors, at Genome BC. “These tools will ensure that we are capitalizing on trees that will flourish in a hotter climate to enhance harvest yields in the future and help to secure BC’s forest industry.”

This work was funded through Genome BC’s GeneSolve program which seeks to foster applied and translational research by connecting the producers of genomics driven technologies with its end-users or consumers in BC’s Health, Agrifood and Natural Resources sectors.